The Long Barn is the result of what we like to call our midlife crisis (although at the time, a good friend of Ian’s told him that he was way too old for one of those!)

In 2013, we made the decision to escape from the corporate world and set up our own business in the country. We wanted the space to breathe in the countryside, and to feel we could be masters of our own destiny. We’d always worked in industries where people and customers were number one, and wanted to channel the passion we have for this into our own business.

After much searching and viewing of lots of properties in Yorkshire and further afield, one wet day in February we found ourselves heading up into the North York Moors to the village of Appleton Le Moors. Town End Farm was everything we promised ourselves we wouldn’t go for; a grade 2 listed building, partly derelict and in a conservation area. So lots of restrictions and lots of cash needed. As we drove into the national park, whilst neither of us said anything to each other, we both had a feeling that this could be “the one”. And after 5 minutes of looking around the barn, we knew for sure that it was. It was love at first sight. The potential of this wonderful old building was huge, and we could just see what it could look like in the future. And after much negotiating we managed to buy it, and moved in on D Day June 2013, a date suggested by our friend and solicitor Mike. We moved into the crumbling old farm house along side the barn, and walked round on that first night thinking what have we done?! 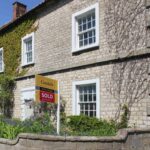 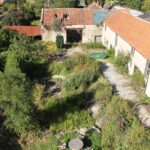 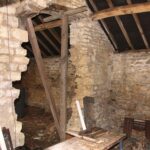 While Ian was working full time on the build, Jackie commuted daily to Hull to work at the University. During that first 6 months when we were organising planning permissions and agreeing the building works, we had so many friends and family visit. Common comments were “you are very brave” and “it will be wonderful when it’s done”. We often wondered what they were really saying in the car as they sped home from us!

We were lucky to work on the barn with a couple of amazing people, Mike (our builder) and Stan (our joiner) Jackie can still remember wanting to hug Stan when he looked at the derelict West Barn and said he’d seen worse! Over many months of hard graft, both barns and pig pens were rebuilt and renovated. The pictures show the edited highlights – there are also more pictures on a previous blog including a time lapse photo of the West Barn front being taken down and rebuilt. Ian used his skills from selling and marketing medical lasers to sourcing and commissioning a massive biomass boiler to heat the entire site. Practically every spare minute of our time was spent on the barn in some way. 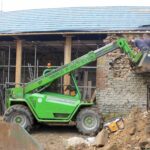 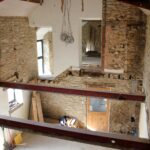 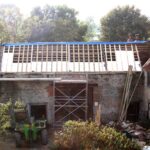 We spent hours thinking through how each room would work, how it should be furnished and how it would practically work for guests. We had to be creative as the barn is listed so there were restrictions as to what we could do. We interrogated everyone we knew who’d ever stayed away in a large group to find out their loves/loathes about large self-catering places. Thanks to their feedback, we made sure we had two dishwashers, enough crockery and glasses to supply a small hotel, and some beds with no ends for tall people! We also thought of our pet hates when we stayed away; blunt knives, 1 dishwasher tab and having to pay for anything extra like logs for the burner. We wanted the Long Barn to be luxurious, generous, and full of our love and enthusiasm for giving great service.

We kept the colour scheme deliberately neutral for a tranquil, calm feel and also to let the character of the oak beams and stone walls to shine through. We chose high quality fabrics for curtains, blinds and cushions to add colour and texture. Looking back, Jackie can’t quite believe that she made all of them herself whilst commuting to Hull! We took ages choosing the right glasses and cutlery. We even researched and bought a hostess trolley; not something we’d ever thought of, but realised we needed to help guests heat large quantities of crockery! The garden was planted with grasses and perennials to create a tranquil space that would attract wildlife. Jackie tested out baking recipes on Ian, Mike and Stan for the welcome pack, and Ian further perfected his bread making skills. We also tracked down local suppliers thanks to recommendations from our new neighbours in the village to make sure that where ever possible we bought local.

In October 2015, with much excitement (and more than a little trepidation) we opened to the public and welcomed our first guests. And our dream became reality! Since then we’ve been blown away with the number of guests who’ve come to stay with us, and also the number who’ve come back to stay more than once. It makes it all so very worthwhile. 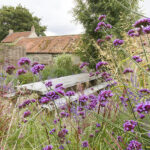 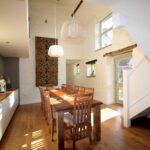 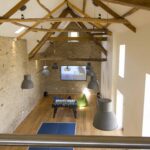 We’ve not been the best at keeping up with our blogs so far; they always come lower down the list of things to do when running such a busy business. However since March this year, we’ve temporarily closed the Barn due to Covid 19. And like many of you, one small positive is that it has meant we’ve started to tackle many things on our to do list. We’d rather have guests here, but we know we will eventually! And in the meantime, we will keep updating on what we’re working on in the barn along with anything else that we think will be of interest to you!

The form you have selected does not exist.